Clara Luper was a civic leader, an educator, and Civil Rights leader born in Okfuskee County, Oklahoma. She is well known for her Sit-in Movement in the 1958, overturning the policies towards segregation. From 1958 to 1964 Clara Luper was a major leader of the fight to end segregation in Oklahoma. She led the campaigns to gain equal banking rights, employment opportunities, open housing, and voting rights.

The design for a $3.6 million bronze monument in the downtown of Oklahoma City depicting the 13 black children who participated in the first Katz Drug Store sit-in led by Clara Luper was announced on March 23, 2022. The monument will be a part of the Clara Luper Sit-in Plaza at Robinson and Main, where the drugstore once stood. Clara Luper’s daughter, Marilyn Luper Hildreth is helping outline the monument that will honor her mother’s work and that of the 13 sit-in children and the National Association for the advancement of colored People (NAACP). 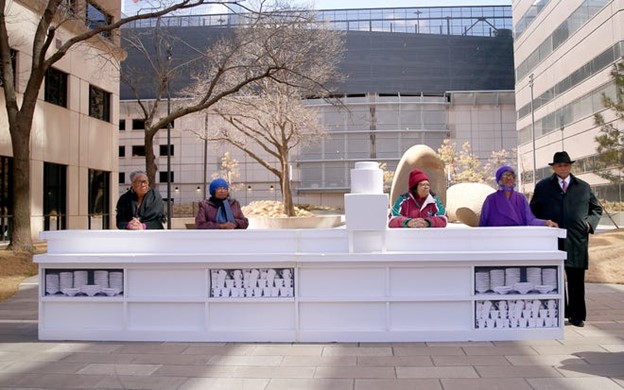 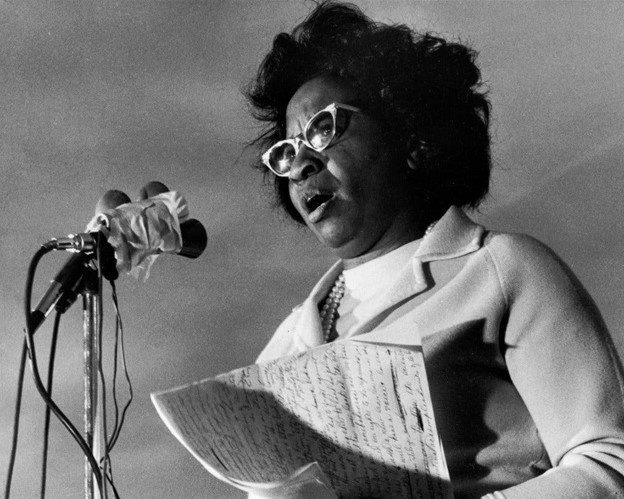 Images courtesy of City of Oklahoma City and the Associated Press